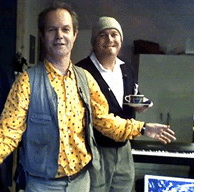 Jagger Peyton has produced over 1000 radio shows for broadcast and has created commercially successful radio specials including: The Rolling Stones’ “Blues Licks,” “On the Covers” and “Paint it Blue,” as well as; “The Blues of Zeppelin”, “Ladies Sing the Blues,” “Real Blues Brothers” and others.

pleased to meet you 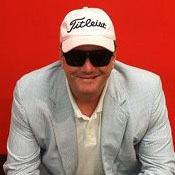 Founder, creator and host of The Blueseum of Fine Art, The Roadhouse Revival and The Lone Star Revival radio shows. John’s experience as a recording artist, harmonica master, along with his career in radio brings the blend of talent and radio experience to launch and operate successful syndicated radio programming.

Chris’s career has spanned many fields in the artistic spectrum, from clothes design and theatre to journalism. He has written for various magazines and newspapers including The Daily Telegraph, The Guardian, and Rolling Stone. Chris has recently signed his catalogue including publishing to BMG in Berlin and has compiled some of his best recordings for his new 15 track release. He lives in rural Somerset UK and has 17 chickens, three geese, 12 sheep and 14 grandchildren.

John Paul DeJoria, Founder and Ambassador of John Paul Mitchell Systems and The Patron Spirits Company. John Paul lives by his motto, “Success not shared is failure” a true friend, business mentor and blues brother…and a better harmonica player than he thinks

Monte Willis work has benefited the careers of artists including Hall & Oates, Taylor Dayne, Bob Mayo, Jason Aldean, Tim McGraw and others. He was a co-founder of one of Nashville’s most successful publishing ventures and is a much sought after Social Media Consultant.

Ben Manilla, is recognized around the world for his award-winning programming and innovative production style. Ben has directed or produced hundreds of features, specials, documentaries, ongoing series and commercials, and produces the House of Blues Radio Hour with Dan Ackroyd.

Jeff Carrol, Jeff is recognized nationally as a leader in the broadcasting industry. He has been named “Best Program Director of the Year” by Billboard Magazine for 4 years and his station named “Best Radio Station of the Year” by Rolling Stone Magazine for 2 years. Having over 25 years experience has allowed Jeff to establish a network that crosses all segments of the industry. He has been a radio consultant for 17 years to stations across the country.